Improving How You See and Take Better Photos

As a primary school teacher I was vastly influenced by the theory of multiple intelligences, Google Howard Gardner and you’ll find out loads. He, amongst others, suggested that the old way of measuring intelligence, IQ, was too limiting and didn’t take into account the multiple contexts that we as individuals operate in. He suggested at least eight different intelligences e.g. mathematical, musical, interpersonal and so on.

So what’s this got to do with photography I hear you ask? In short loads! One of the intelligences he described is spatial intelligence. That is the ability to see the visual spatial world accurately and to be able to perform transformations to those perceptions (e.g. as a painter, architect or photographer!) This is being sensitive to line, colour, form, shape, space and the relationship between these elements. 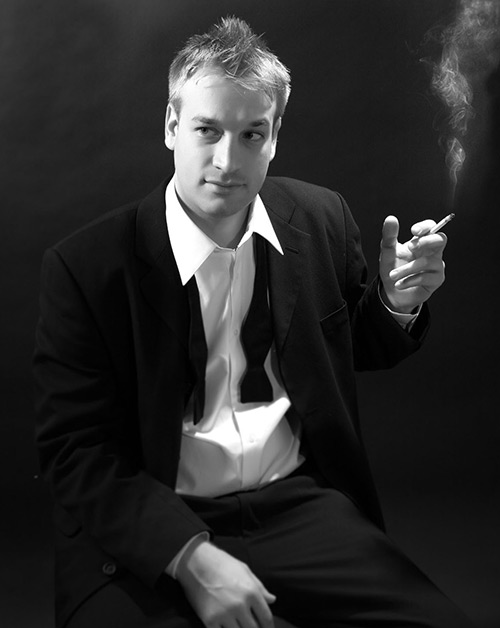 I also as an educator held a firm belief that we are all capable of, unless our brain has been traumatized radically, becoming more intelligent in each of these areas and all have the potential to be the best in our area (why else am I still paying out for guitar lessons?!) It’s a matter of time and attention to detail.

So how do we improve our spatial intelligence as photographers? As part of http://www.beckphotographic.com I’ve been given the opportunity to attend conventions where professionals are in the same room as stunning images (not necessarily their own), and this is what I’ve noticed and picked up.

Watch a professional look at an image, and imagine their thought processes, even better get them to talk about what they are thinking. I’ve been lucky enough to do this.

What are the main elements to the picture? How has the photographer achieved that effect? How has he managed to make the light illuminate in some parts, cause shadow sculpting in other areas? If you are lucky you can test that against what the photographer actually tells you. Try doing this on the image of the man with the cigarette.

At the last convention we went to we looked at several portraits. One of the professionals at Beck Photographic kept asking me how did they do that, and then gave me clues to what to look for. The first suggestion is to look at the eyes, the nose shadows then at the light and dark tonal areas of the image.

Looking in the eyes of the subject gives you some indication how many lights were used. There you will find reflections of beauty dishes, reflectors, soft-boxes and so on. These images will also give you some idea as to where the photographer placed the lights.

Now look at where the key light is falling. Where is the main light coming from and where do the shadows fall. Is this light soft or hard and harsh.

Now look at other areas, are there any areas of light that are obviously very directional?

Make a mental note of all your answers because the next stage is to try and replicate this effect when you get home, either with studio lights or by “borrowing” the portable domestic lights that you have available. If you can’t replicate the effect it doesn’t matter, you will learn from what you are doing and you will see the effect that light has on form, shape, colour, texture; and you will be developing your spatial intelligence and be a photographer who is improving and achieving their potential.

For the picture of the man with the cigarette only two lights were used. This image was taken by our professional photographer. An 600w Elinchrom with beauty dish was the main light high up(about 4 ft from the subject) and to the left of the camera. This gives a natural light fall off from the top to the bottom of the subject. The other light was an 250w Elinchrom with snoot almost pointed straight down at the cigarette,(slightly biased towards the camera) the overspill from this just caught the right side (as we look at it) of the subjects head. The image was changed to monochrome using 54 red and 52 green in channels in Photoshop.

The picture of J (our blond model) used only three lights, but these were not studio lights but household lights. A spot was placed behind Jenny’s head to provide a rimlight, the key light however was a 500 halogen reflected from the ceiling, with a white reflector placed below the model’s face to provide balance. A second house hold spot was placed to the models left and slightly above. All the lights were attached to rheostats to enable us to control the light. An Orton style effect was applied in Photoshop Elements during post production.

The baby shot was quite simple and used two lights. I use these cheap lights from Interfit when friends ask for photos in their house, and they want the high key type effect. The back light is provided by a light diffused through the back ground (in this case a white sheet!). The key light is a strobe diffused through a white umbrella at 45% to the subject’s right as you look at it. The umbrella light is marginally above the height of the baby’s head, giving us good catch lights and a lightened area around his face.

I love taking photos and always have. What the last year has taught me is that in order to achieve consistently satisfying results (for both you and the model) you need to learn be in control of not only your camera, but also to learn to use and control the available light. Looking at images critically will extend your understanding of light, particularly if you try and replicate the effect. It provides challenges that will help you grow as a photographer, no matter what level expertise you have.

Richard Tester designs the training courses run by Beck Photographic in Wellingborough, England. Having recently retired as the Head Teacher of a large Primary School, he is now free to indulge as much time as he can in photography. He has recently teamed up with the professionals at Beck to provide Northampton photographic training for all those who have paid out for a DSLR camera but can’t get beyond the automatic mode.